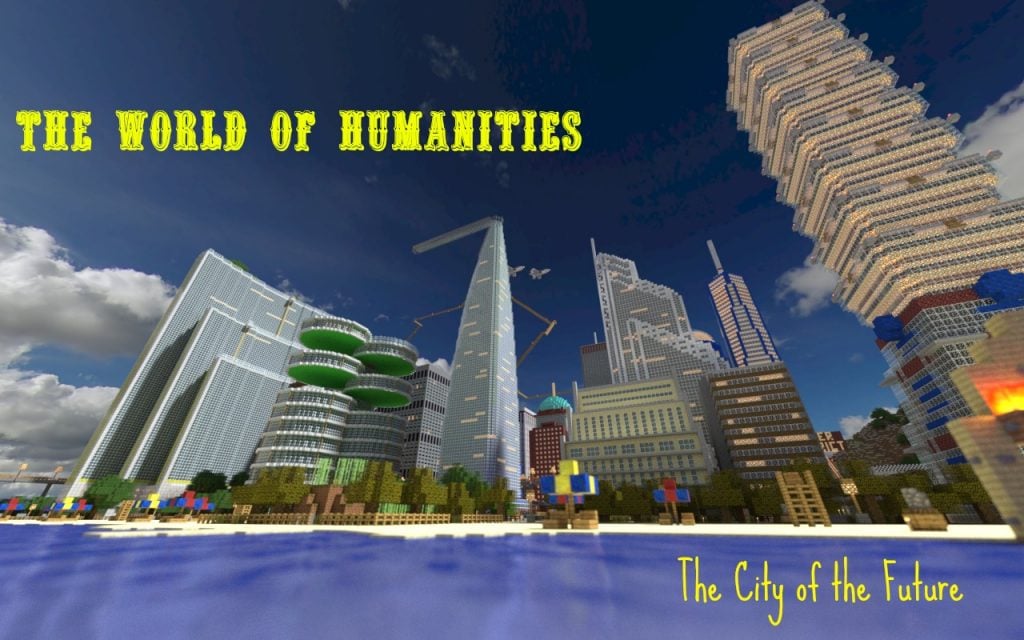 Minecraft was created as a commercial video game, but teachers have adapted it for educational purposes. I can see its vast potential now, even though I was a Mincraft grinch at first. (Screenshot from Wonderful World of Humanities)

I got Minecraft blocked at my school a couple years ago.

Minecraft is a “sandbox” game, where players are given a world and can turn it into anything they want.

They can build or destroy. They can dig caverns or create tall monuments. They can create for the sake of creating, or in survival mode they can make a world that must sustain them.

One day, I found a few students making worlds on the computers in my homeroom class. One had made an elaborate building that had taken hours of work.

I was amazed. Impressed. They were creating, learning, developing their creativity — and on their own time.

So what did I do? Being a new teacher at my school and wanting to do “the right thing”, I sent an email to the technology director. It was one of those “I didn’t know if you realized, but …” type of emails.

Minecraft was blocked within the next few days. My students were frustrated — probably at least partially at me — and may have abandoned their virtual construction efforts.

I see Minecraft in a totally different light now. I wish I had thought outside the box and realized the potential this game has.

There’s an entire movement in education to use Minecraft to teach. Teachers have used it to teach elementary school and digital literacy, as well as a lunchtime activity.

In fact, one teacher created a huge Minecraft world where students could study ancient history, called “Wonderful World of Humanities”. Here’s a video overview of it:

Now, I’ve downloaded and installed a copy of Minecraft on my iPad for my children (4, 6 and almost 8 years old) to play with. It has been fun to watch them learn about the game and pick up some of those lessons they don’t learn in a traditional classroom. In just a few weeks, here are a couple of observations:

I know that these discoveries are pretty basic ones, but I really like the process. They have learned through trial and error and through their own curiosity how this virtual world works. It has sparked their creativity. They have dreamed up things they wanted to build and have tried it out.

I like where this is going. Hopefully Minecraft will supplant Temple Run 2 as my son’s new favorite game.

I still can’t envision how I could teach Spanish efficiently to my high school students using Minecraft. But I certainly think it has potential. I wish I had seen that potential just a few years ago.

Have you used Minecraft in class? What is your opinion about using it in an educational setting? Share your ideas in a comment below!

Matt is scheduled to present at the following conferences this school year:

You doubt social media in the classroom? Let’s talk …

Ditch That Textbook’s Best of 2013