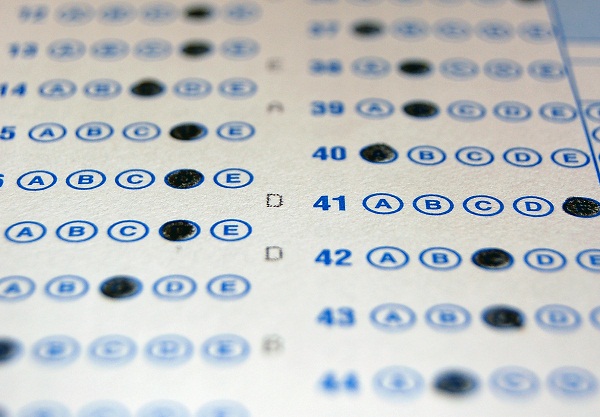 I have a dream, and it involves teaching with no grades.

In my dream, my students enter my Spanish class and automatically switch to conversational Spanish when they cross the threshold of the room.

And nobody receives a grade for their work. They don’t have to. They’ve improved their skills, practiced them and put them into meaningful context.

They have learned. That’s what they wanted out of the class. That’s what I wanted. And nobody’s concerned about the grades.

(Of course, in this dream, I also have a stunning full head of hair – think Patrick Dempsey – and my salary is triple what it is now.)

Hadley Ferguson is living a version of my dream. She teaches a seventh-grade history class that doesn’t assign grades – letters, percentages, etc. Ferguson, as she wrote on a post at SmartBlogs.com, gives them written feedback instead.

Comments. Strengths. Their next steps for improvement.

Most high-performing students still thrived in the gradeless environment. But the pure gold in this concept, in my opinion, is the empowerment of her middle- to lower-performing students. Their work, which may have received a poor grade despite their hardest work, was validated and they began to thrive. It was as if they were “freed from prison” and they were “willing to test their ideas and take risks that they never did before.”

“It wasn’t a competition for the best grade;” Ferguson wrote, “it was a journey of learning that we are on together.”

I have yet to find a grading system that is fully fair:

[RELATED: 10 steps to move education out of the Industrial Revolution]

They take away from the real focus of education: learning. We all innately want to learn. Even our most unmotivated students want to learn something, be it a method for beating their favorite video game or how to style their hair like their favorite celebrity.

Our education system has excelled at turning learning into drudgery that’s quantified by an irrelevant scoring system.

But is a gradeless classroom the answer? Some students thrive on competition and making all A’s. In my experience, though, those students have become experts at playing the game of school. They study what the teacher values, learn what the grading system rewards, and then give the teacher exactly what he/she wants. The best players at the game of school can do it with minimal effort and engagement in the content. Student accountability is key, but there are better ways.

I think ungraded classes such as Ferguson’s are a great model, but they certainly don’t fit today’s school culture. Changing the system would require a concerted coup of students, parents, educators, policy makers, great educational thinkers and the business community, among others. Grade-point averages are king to many students, parents, scholarship boards and university admissions offices. Ferguson’s structured feedback system doesn’t fit their model, which has been the status quo for ages.

What this system does fit, though, is what’s most important: a guided educational experience that leads each student to deeper learning and understanding.

Summary of comments with responses from Ferguson are found at this SmartBlog article.

10 features textbooks of the future must have