Ditch That Textbook’s Best of 2015

2015 was a whirlwind year full of change.

In education, Google Classroom was around for its first full year and became a mainstay in classes around the world. New tools like Periscope and Seesaw became more popular than ever. More and more educators became connected, joining Twitter, Voxer and other social media.

For me and my family, 2015 was an adventure. I presented to teachers more times in more different states than ever. My book, “Ditch That Textbook,” was published by Dave Burgess Consulting Inc. It was my second full year of blogging. Plus, my family and I moved into a new house.

Bring on 2016! After doing some reflecting and setting some goals for the coming year, I’m excited about what’s to come and what I’m hoping to bring to you here at Ditch That Textbook.

My blog is a WordPress blog, and WordPress publishes annual reports for all its blogs, providing some neat insights into who’s viewing and what they’re doing. (Click here if you’d like to see the whole thing yourself.) Here are some things I found out:

The United States was the top country for viewing my blog. No surprise … I live in the United States and the vast majority of my email subscribers are from there. Canada was second, and Australia and the United Kingdom rounded out the top four.

I’m always fascinated to see the countries where English isn’t the main language. Norway made the top 10 list, thanks in large part I’d imagine to Martin Johannessen, the biggest Ditch That Textbook fan in the country! 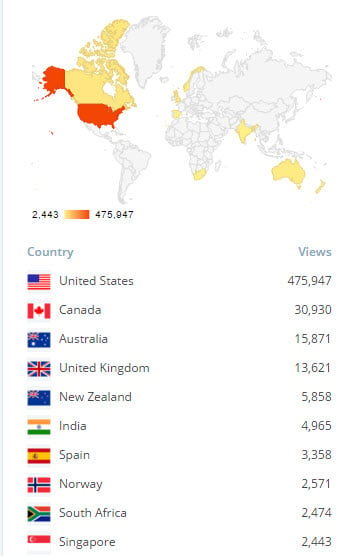 My top blog commenter this year was John Bennett, a UConn emeritus professor of engineering from Coventry, Conn. He’s a forward-thinker in education and always pushes my thinking in his comments and on Twitter. If you’re on Twitter, John is a great one to follow! 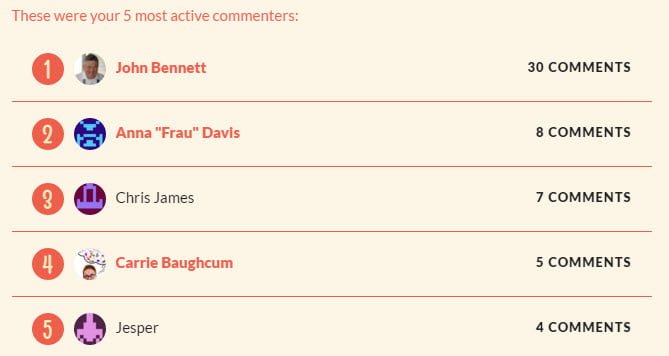 OK, the moment you’ve been waiting for … here are this year’s most-viewed posts from Ditch That Textbook:

10. 12 ways to use Google Classroom’s newest features — Over the summer, Google released several new features for Google Classroom. This post helps you make sense of them and see how you can use them in your classroom.

7. Flip, flip, flip: Who is king of online flashcards? — This was one of my first blog posts and it’s still popular! Quizlet is still my go-to even though many new flashcard sites have been developed since this post.

4. The Google Classroom Quick-Start Guide + tips and tricks! — Did I mention that there’s lots of interest in Google Classroom? Here’s my guide to getting started with it.

3. 10 Google Slides activities to add awesome to classes — Google Slides is my No. 1 go-to Google tool, and it’s not just to make presentation slides. It’s a versatile tool that can be used creatively in any class.

[reminder]What makes your personal ‘Best of 2015’ list? Do you have any goals or ambitions for 2016?[/reminder]